In 1931, legend has it that movie magnate Jack Warner found himself with a temperamental star on his hands. During the filming of Public Enemy Number One, James Cagney found his favorite wool cap destroyed by “dirty rats” that had inhabited his dressing room. Cagney stormed Warner’s office and fumed, “Everyone in the world knows the best exterminator of rats is the cat! You ain’t seeing me back here ‘till I hear some meowing!” The same day, Warner paid a visit to the local animal shelter and returned to the studio—with a limousine full of cats. He placed a tin can in his office he called the “kitty kitty” to collect donations for the new studio “employees.” 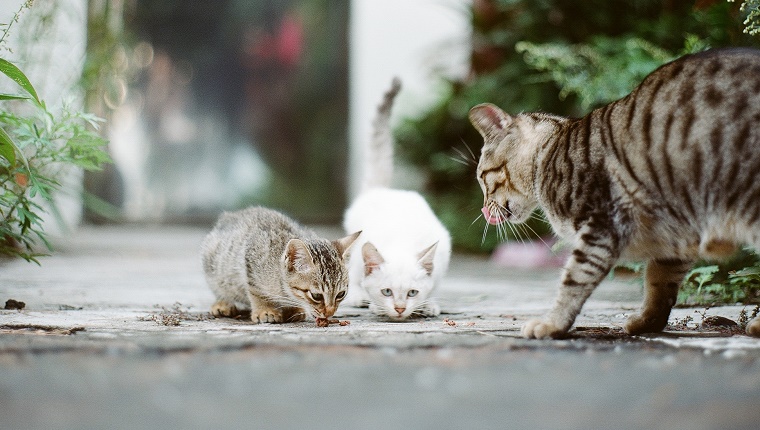 Today most of Tinseltown’s original stars have made their farewell performances, but the descendants of Warner’s studio cats still roam the sets. In 1984, a group of studio employees on the Warner Brothers backlot decided something had to be done for the growing number of homeless cats in their workplace. Cats at the Studios (CATS Inc.) was born: a nonprofit organization whose caregivers have picked up where Warner left off. For the past thirty five years, CATS Inc. has ensured that all cats living in the studio backlots are spayed and neutered, vaccinated, provided with any needed medical care, and daily provided fresh food and water. All of the tame cats found on the backlot have been adopted into new homes.

After thirty five years of caring for the cats of the studio system, CATS Inc. has grown far beyond its original group of founders—and expanded its early mandate. Because of our success with the cats of the studio lots, CATS Inc. is now able to dedicate our resources to all the cats and kittens of Los Angeles, offering rescue, care, and adoption to cats and kittens from all corners of the city, in all situations and places. We rely solely on our adoption fees and donations from the public to continue the hard work of rescuing the cats of Los Angeles that need help.